NOTICE: WE ARE NOT ACCEPTING NEW STUDENTS AT THIS TIME 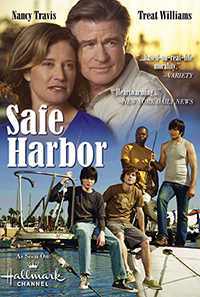 Safe Harbor, founded in 1984 in Jacksonville, Florida, is a residential program utilizing the waterfront as a therapeutic residential and educational environment for troubled teenage boys. Since its inception, the Safe Harbor program has provided each boy with the mental, physical and spiritual strength to succeed in life. Life on the water provides serenity and peace but also unequaled opportunities for life.

Safe Harbor came about “accidentally” 30 years ago when a judge asked the founders, Robbie and Doug Smith, to care for a troubled boy on their large sailboat instead of that boy being sent to juvenile hall for the weekend. The judge, a friend of Doug’s, wouldn’t take “No” for an answer, even though the Smiths were retired and about to embark on a worldwide trip on their boat. The success of that weekend triggered more pleas by the judge for the Smiths to help more boys. Eventually, a larger organization was launched and formalized as a nonprofit in 1984. Safe Harbor is now an established maritime-based boarding school for troubled boys. It uses maritime principles and seamanship as a therapeutic model for helping turn around boys who are getting into trouble at home, school, or with the law. Safe Harbor provides a safe, stable, structured alternative to therapeutic boarding schools and harsher juvenile programs.

Today, Safe Harbor offers a unique program for at-risk boys to live aboard vessels and learn seamanship and maritime skills while studying for their high school diploma. The program offers exceptional education for teens who are not thriving in their current school.  We achieve a very high success rate with these boys, which means you enjoy the peace of mind knowing that your child is receiving the structure, stability, guidance, discipline, love, as well as the academic and vocational training he needs. Contact us for our screening application and program description for troubled teens.

Safe Harbor is a nonprofit organization that is unparalleled in creating men of character, integrity, and vision. Each cadet learns responsibility by working and living on their own boat, gaining success in the maritime environment, learning to captain their own vessel, and succeeding in other life areas.

Your teen is taught these skills by our staff of professionals.

Waves of Change for At-Risk Boys.

For the last 30 years, more than 1,000 boys have dropped anchor and found peace on the shores of the Saint James River in Jacksonville, Fla.  This is where they found the Safe Harbor Boys Home.

Tyler, who is now 18, arrived at the home 15 months ago. He had spent years on a path of crime, drugs, and bad behavior.

These days, Tyler dreams of becoming a chef and owning his own restaurants. Like so many of his Safe Harbor peers, the home is where Tyler found hope.

“When you get here, you kind of resent it,” he said, remembering his first few weeks at Safe Harbor. “You have never been in such a structured environment, and the rules, wake up times. When you eat and what you eat.”

“It’s definitely one of those once in a lifetime experiences where you do it, and you are going to look back on it the rest of your life,” said Will, another young man who has been at Safe Harbor a little more than a year.

Will spent months skipping school before he found the home. He hated high school, but these days he dreams of being a mechanic and going to college.

The Key to a Structured Experience

Water is at the center of each of the boy’s new structured experiences. Executive Director Robbie Smith is one of the captains steering the successful ship. By her side is her husband, Doug, who is the program director. This is their life’s work, but neither takes a salary.

Neither of the Smiths planned to open a boys’ home in 1984. Fast forward 25 years, and the story of how it began is the focus of an original Hallmark Channel movie. “Safe Harbor” premieres on the cable network Saturday, May 30.  Check local listings.

The film begins with the pair preparing to sail the country on their yacht after selling Doug’s successful business and retiring early. Before they can begin their adventure, a friend who Robbie knew from her career as a child therapist asks them to look after two teenage boys in trouble.

“These couple of boys come into our lives, which subsequently changes the whole direction of our life,” Smith said. “But we really feel like at that point, that is when we start to work on God’s plan. Not that we knew it because if we knew it, we might have sabotaged it.”

Waves of Change for At-Risk Boys.

Safe Harbor has a 95 percent success rate. In the last 25 years, the residential high school program has grown to include lessons in welding and nautical upholstery. Between their studies, the boys learn to build hydroplane racing boats and prepare all the meals at home. Safe Harbor can accommodate 15 boys at a time. There are 12 in the program now. Each boy lives aboard his very own boat and is fully responsible for all the upkeep.

As a kid, Doug spent lots of time close to the water. Doctors diagnosed his father as a paranoid schizophrenic, which drove Doug to run away from home as a teenager. He spent many nights sleeping under Jacksonville’s Maine Street Bridge.

“I lived with a prostitute on Maine Street because she really didn’t care that I was a minor child on the run from the law,” he said. “Her life was bad enough. Mine was nothing.”

A dog also kept Doug company while he was living on the street. When a police officer shot his dog, Doug assaulted the officer.  But a group of fishermen saved him from jail. Instead, they encouraged a judge to send him to seaman school.

“The only thing important in this world is people,” Doug explained.

He believes his troubled past prepared him to serve the boys of Safe Harbor.

“God has shown me where the true treasure lies,” he said.

One of Safe Harbor’s First Residents

Steve Barnes was one of the first residents of Safe Harbor. He arrived from a juvenile detention center in 1985. He can see himself and his anger dramatized in the film. He traded his anger for peace shortly after arriving at the home. More than 20 years later, he has traded a successful journalism career for a life as a Florida politician. He is also a husband and the father of three girls. He says he owes his success to the Smiths.

“They help me turn my life around,” Barnes told CBN News.  “But what people don’t always see is there is a ripple effect. So that my kids are benefited from this. Their kids will be benefited by this, their classmates. It is just a ripple that goes out in all directions.”

Waves of change start with a ripple. Doug and Robbie now hope the television movie that tells their story will inspire others.

“There is no shortage of kids that need help,” Doug said with tears in his eyes.  “And I believe America has a lot of wonderful people in it that want to make a difference, but they just don’t know what to do.”

“I just want to express our gratitude to you and the staff at Safe Harbor (past and present). We appreciate your efforts with Matthew and are thrilled that he has a H.S. diploma. Safe Harbor has enriched his life and his parents. Many thanks and blessings.”

“Here are some updates on my boy…he is in college, with a 4.0 GPA (he had F’s and D’s when he first started your program). It has been fun watching him grow and become a fine young man! We attend church on regular basis, and he is looking to join a local youth group. Best regards to you and all at the Harbor and to all who work so hard and so willingly with the boys!”

NOTICE: WE ARE NOT CURRENTLY ACCEPTING NEW STUDENTS